In Fairfax County, and everywhere in Virginia, being charged with a DUI (also known as a DWI – there is no difference between the two) can have serious consequences.  George Freeman has handled hundreds of DUI cases as a prosecutor and now defends individuals charged with DUI.  If you need a seasoned Fairfax DUI Lawyer, contact Mr. Freeman today.

The penalties vary greatly depending on whether the charge is a first DUI, a second, or a third. A third DUI, even if the other two occurred in a different state, could result in a felony conviction. Be mindful, even if you have prior DUI convictions, they may not be admissible against you for a variety of reasons – this is something a skilled attorney can evaluate. Also, whether a child was in the car at the time of the alleged offense, what the BAC (blood alcohol content) was, and when, if you have had a prior, your last conviction occurred all impact whether there is mandatory jail time that must be actively imposed. There are defenses to eliminate mandatory jail sentences and such sentences can also be waived through plea bargains – what is best for you requires a full evaluation of the case.

Further, if you are involved in an accident in which a person is seriously injured or killed you could be charged with the felonies of DUI Maiming or DUI Manslaughter. Felony DUI convictions could result in incarceration in the penitentiary, which is different than being confined in a local detention center, i.e. – jail. Misdemeanor DUI convictions could result in a maximum penalty of 12 months in jail and a fine of up to $2,500.00.  If you have been charged with DUI (or DWI) in Fairfax County or elsewhere in Northern Virginia, contact us today for a free consultation!  Attorney George Freeman is a former Fairfax County prosecutor and is an experienced DUI / DWI lawyer in Fairfax having dealt with hundreds of misdemeanor and felony cases including DUI maiming and DUI manslaughter.

Elements of a DUI / DWI: The Basics

What it means to "drive" is plainly obvious.

What it means to "operate" is a different story.  A person is operating their vehicle when they have started the engine, or manipulated the mechanical or electrical equipment of the vehicle even without putting the vehicle in motion.  In 2014, the Supreme Court of Virginia held that a person who is seated behind the wheel of a motor vehicle with the key in the ignition is in actual physical control of the vehicle and is therefore guilty of DUI.  It does not matter whether the key is in the on or off position, or whether you are on a highway or on a private driveway.

While DUI / DWI cases usually involve alcohol, it is also a violation to drive or operate a vehicle if you are under the influence of any intoxicant or drug.  Here is what Virginia's DUI statute says about being "under the influence":

It shall be unlawful for any person to drive or operate any motor vehicle, engine or train

"Under the Influence of alcohol" is defined as: a condition in which a person has drunk enough alcoholic beverages to observably affect his manner, disposition, speech, muscular movement, general appearance or behavior.

Any of the 5 methods of finding someone to be "under the influence" is sufficient.  This means that even if you are not "under the influence of alcohol" as defined above, you can still be found guilty of DUI if you violate any of the other subsections of the DUI statute.

George Freeman has handled hundreds of DUI cases as a prosecutor and now defends individuals charged with DUI.  If you need a seasoned Fairfax DUI Lawyer, contact Mr. Freeman today.

If the court grants a restricted license, an ignition interlock device must be installed at your expense for at least six months during the revocation period if the offense involved alcohol; the interlock requirement is discretionary by the Court if the offense only involved narcotic or drug and it is a first offense.

Discussed above are direct consequences, but there are also collateral consequences which include the stigma of a conviction, increased insurance rates and premiums, and potentially the loss of employment. For a person with a CDL (commercial driver's license) this could mean the end of a career, at least temporarily.

Even if you are on private property it is still illegal to drive or operate a motor vehicle while under the influence of alcohol or drugs in Virginia.  Because the Law of Implied Consent does not apply on private property, you are not required to provide a breath or blood sample.  This means that if an officer asks for such a sample, you cannot be charged with the civil offense of Refusal if you, in fact, refuse.

Sometimes a person refuses to give a breath or blood alcohol sample. Under the Law of Implied Consent, the Commonwealth can charge a civil offense known as Refusal. The civil penalty for refusal is revocation of your driver's license for up to three years; one year for a first offense. This civil charge can also be defended in much the same way as the DUI charge itself.

If you are physically unable to provide a breath sample upon request, you MUST be offered a blood draw.  If you are not, the remedy is dismissal of your case - both the Refusal and the DUI!

Whether it's a Civil Refusal, or a Criminal Refusal, if you have been charged in Fairfax County or elsewhere in the Northern Virginia region contact us today for a free consultation of your case!  George Freeman has handled hundreds of Refusal cases as a prosecutor and now defends individuals charged with DUI and Refusal.  If you need a seasoned Fairfax DUI Attorney, contact Mr. Freeman today.

There are numerous offenses to a DUI charge. It is often said that a .08 blood alcohol concentration is the “legal limit.” This is somewhat misleading. Under Virginia law, a court may infer, but does not have to, that a person driving or operating a vehicle whose BAC is a .08 or above was at that level when driving or was under the influence when driving. This inference allows the court to find a “per se” violation (and convict) or to find that the driver was “under the influence” (and convict) but that inference can be rejected. Argued properly to the prosecutor, or to the judge at trial, could result in a reduction of the charge to Reckless Driving by the prosecutor or an acquittal (dismissal) by the court. On the other hand, some DUI cases can be proved without a BAC at all; in these cases, the manner, disposition, speech, appearance, odor, and general behavior of the person charged could supply the evidence to show they were sufficiently intoxicated. A DUI charge can also be brought against an individual alleged to be intoxicated on drugs, whether legal (OTC or prescription) or illegal (marijuana, cocaine, etc.). Each case and outcome are fact specific which is why you need a knowledgeable and experienced attorney by your side.  If you are in need of a Fairfax DUI Attorney or Fairfax Criminal Defense Attorney, contact Mr. Freeman today.

Suppose a driver's BAC is much higher than a .08. If it is too high, he could be facing mandatory jail time – a BAC of .15 is the threshold that begins mandatory jail sentences in Virginia. You still have defenses. Most blood alcohol evidence obtained by the Commonwealth is admissible in Virginia because of the Law of Implied Consent. For Implied Consent to apply, the Commonwealth must prove that the driving or operation of the vehicle occurred on a “public highway” and that the person charged was arrested within 3 hours of the alleged offense. This can be difficult to prove if the police arrive to the scene and the driver is already out of his vehicle or if the driver's vehicle is in a parking lot. What exactly constitutes a public highway is more complicated than one might think and requires researching caselaw and making a persuasive argument to the court. If you are able to defeat Implied Consent from applying in your case, your BAC level may not be admissible at trial. In cases in which the behavior and appearance of the driver charged is fairly unremarkable, that is to say there is doubt as to whether the driver is intoxicated and to what extent, the absence of a BAC level can be potentially fatal to the Commonwealth's case. Remember, a person who does not appear sufficiently intoxicated by observation but has a BAC of .08 or higher could, under the law, still be convicted of DUI.

There are other considerations that must be evaluated in defending a DUI charge. Regardless of one's BAC and the Law of Implied Consent, how did the police come upon the alleged drunk driver? The Fourth Amendment to the United States Constitution prohibiting unreasonable search and seizure is at play in every single DUI case. Whether the officer had “reasonable articulable suspicion” to stop and detain an individual or “probable cause” to arrest him are critical issues. A successful motion to suppress based on a constitutional violation of the Fourth Amendment could lead to your case being dismissed. Other constitutional considerations involve the Fifth Amendment and one's right against self-incrimination. While officers may ask some investigatory questions without advising you of your Miranda rights, if you are “in custody” based on the totality of the circumstances, or if you are placed under arrest, statements made to the officer without Miranda warnings may be inadmissible against you at trial.

The bottom line is this: DUI cases are highly technical and fact specific based on Virginia's statutes and caselaw. Every detail of an individual's interaction with the police, from the initial encounter to arrest and transport to the Adult Detention Center, matter. Understanding the law and applying it effectively to the case at hand could make all the difference in the outcome of whether the charge is dismissed or reduced to a lesser DUI or Reckless Driving, or whether any potentially active jail sentence is reduced, or all together suspended.

The preceding only scratches the surface of what is involved in defending a DUI / DWI case in Virginia. If you need a Fairfax DUI Lawyer, Attorney in Fairfax County, contact the Law Offices of George L. Freeman, IV to discuss your case today! 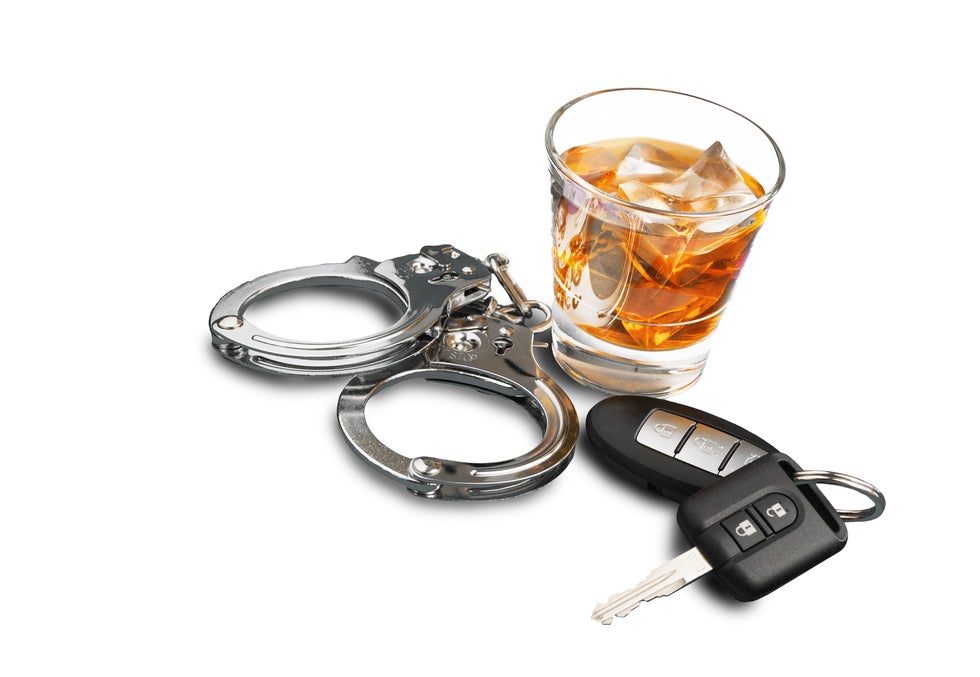