Violent crimes (distinguished from Sexual Assault offenses) cover a lot of territory under the law in Virginia.  The least of these is a Simple Assault.  This type of offense can be committed without even touching another person.  If, for example, a person acts as though he is about to strike another and that person reasonably apprehends the contact, a Simple Assault has occurred.  Or, suppose a person throws an object at another from behind and misses them.  Even if the other person did not realize an object was hurled at them, this too is a Simple Assault.  An Assault and Battery, or Battery, is accomplished when an Assault occurs coupled with an unwanted touching done in an angry, rude, insulting, or vengeful manner.  These crimes, Simple Assault and Assault & Battery, are the least egregious under the law.  If a person is convicted of either of these crimes, it is a Class 1 Misdemeanor punishable by up to 12 months in jail and/or a fine of up to $2,500.  Whatever the charge, contact George Freeman, an experienced Fairfax Criminal Defense Lawyer.  Mr. Freeman has tried to a jury every violent felony under Virginia law as a former prosecutor and he brings his knowledge of the system to help those now accused of criminal misconduct.

Add an aggravating circumstance to an Assault charge, the penalty increases.  If you commit a Simple Assault or an Assault & Battery against a police officer, it is punishable as a felony.  The punishment includes a mandatory minimum six month jail sentence.  If you target an individual based on race, ethnicity, national origin, for example, you could face enhanced penalties as well, including prosecution for a felony. 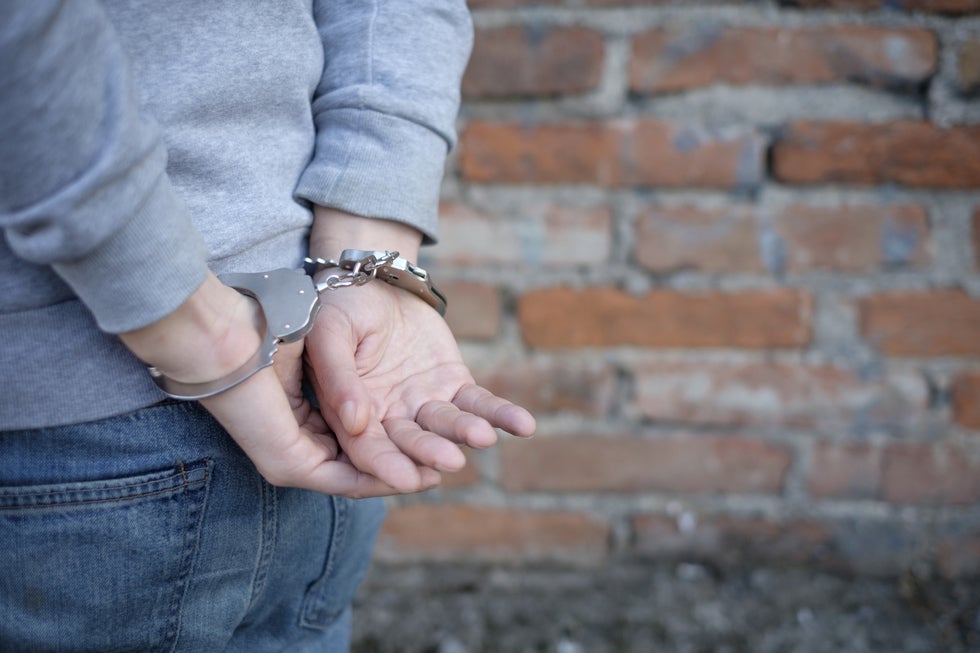 Malicious Wounding: is an Unlawful Wounding done with Malice.

Contact George Freeman today if you need an experienced Fairfax Criminal Defense Lawyer who specializes as a violent crime attorney to handle your assault case.

To read about the definition of Malice, click here.

Beyond the realm of misdemeanor and felony assaults, Virginia has crimes punishing homicide.  First Degree Murder (which includes murder committed after premeditation, lying in wait, by poisoning, as a result of the commission of a violent felony like robbery or rape) is punished by 20 years to Life.  Second Degree Murder (which generally covers killing another with malice but without premeditation or killing another accidentally while committing a non-violent felony) is punished by 5 years to 40 years.  Voluntary Manslaughter involves intentionally killing another, but without malice.  Involuntary Manslaughter and Manslaughter by DUI involves causing the death of another due to extreme recklessness or because of driving drunk.  All forms of Manslaughter in Virginia are punishable by imprisonment up to 10 years.

Robbery is also a violent crime under Virginia law.  Robbery involves taking property from another person by force or threat.  The taking and the force or threat must be committed concomitantly (at the same time).  This offense is punishable by various sentencing ranges depending on the severity of the offense; if you use a firearm the penalty requires a 3 year mandatory minimum jail sentence in addition to the Robbery penalty.  For each subsequent use of a firearm, even during the same criminal transaction, the penalty is 5 years mandatory minimum.

Carjacking is a form of Robbery.  The Virginia General Assembly disfavors the act of robbing somebody of their vehicle so much, it is punished as a separate offense.  In 1993, Virginia's carjacking statute was enacted and the penalty for that offense is any term of imprisonment up to Life but not less than 15 years.

To read more about Robbery and Carjacking, click here.

You can see the penalties are dramatic for violent assaults in Virginia.  That is why any person charged with such an offense needs a seasoned Fairfax Criminal Defense Lawyer to guide him or her through the system in order to achieve the best outcome possible.  Contact George Freeman today if you, or a loved one, is facing criminal prosecution for a violent crime.

Defenses to Assault Crimes or Homicide

Needless to say if you are accused of committing a violent crime in Virginia, the penalties vary, but they are all serious.  There are numerous defenses to charges of misdemeanor or felony assault and homicide.  For example, some violent crimes require the Commonwealth prove malicious intent.  That is to say, that the person charged acted with a cruel, cold blooded indifference and without legal excuse or justification.  If this cannot be proved, a charge could be dismissed or reduced to a lesser offense - which means a lesser potential penalty.  Mutual combat or heat of passion are factors that can negate malice.  In such a case, a Murder could be reduced to a Manslaughter, or a Malicious Wounding reduced to an Unlawful Wounding.

Malice aside, for the crimes of Aggravated Malicious Wounding, Malicious Wounding, and Unlawful Wounding each have two common elements that must be proved beyond a reasonable doubt: first, that you shoot, cut, stab, wound, or cause bodily injury to another, and second, that you act with the intent to maim, disfigure, disable, or kill.  The law also says that one intends the natural and probable consequences of his acts.  This means that if you in fact assault somebody and wound or cause bodily injury but you did not intend to maim, disfigure, disable, or kill them you may only be guilty of a misdemeanor battery.  Whether such is the case is often a matter for a jury to decide.  Needless to say, if you shoot somebody you haven't much of a claim you didn't intend to maim, disfigure, disable or kill - your defense, if there is one, would likely be self-defense or accident.

There are also affirmative defenses.  The most common affirmative defense is self-defense.  When a person acts in self-defense, his actions are deemed justified.  The law of self-defense is fact specific to each case.  There are two general categories of self-defense in Virginia - at fault and not at fault.  If a person is not at fault for bringing on the difficulty in a situation, he can reasonably defend himself (using deadly force if necessary) to repel the attack of another.  If he is at fault, at least in part, for bringing on the difficulty, he may still defend himself but only after he has made his desire for peace known and has retreated "to the wall" before engaging in use of force.  Virginia also recognizes the defense of others - meaning you may use force in certain situations in order to defend another person who is being attacked.

Accident, Mistake, Identity, Insanity, Intoxication and Specific Intent are all defenses or factors that can mitigate or reduce the severity of a charge relating to violence.  Is some instances these defenses or factors can result in an acquittal (dismissal) of the charge.

If you are charged with a violent crime in Fairfax County or elsewhere in Northern Virginia, you need an experienced Fairfax Violent Crimes Defense Attorney who knows the elements of the offense in terms of what must be proven beyond a reasonable doubt, and who is equally familiar with the applicable defenses to the charge.  If you, or a loved one, is charged with a violent crime contact us today!  We will gladly discuss your case at a time convenient for you. 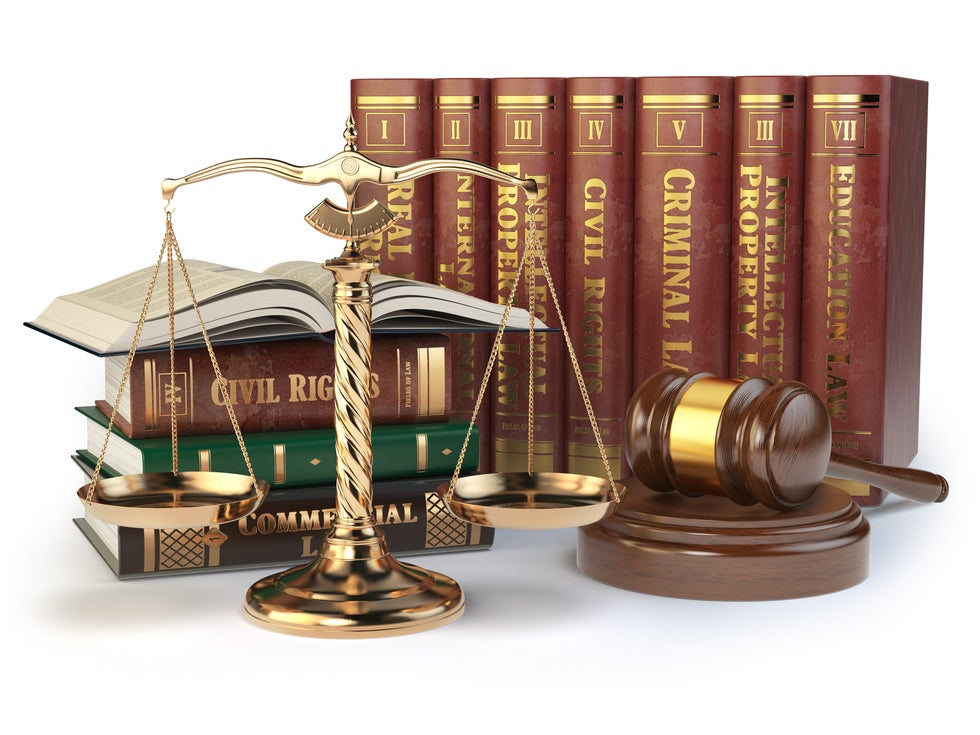