A traffic offense which is criminal in nature is either a misdemeanor or a felony. A traffic infraction is a "violation of the public order" - it is not a crime. Whether a crime or an infraction, there can be negative consequences associated with a conviction for committing a traffic offense.

Penalties associated with a traffic infraction typically involve a fine up to $250 (except for Running a Red Light and Improper Driving which carry fines of $350 and $500, respectively).  The Virginia DMV (Department of Motor Vehicles) assesses points for infractions which are recorded on a driver's DMV transcript.  These points can also be assessed for traffic offenses that are crimes.  The points are fixed; the judge cannot waive or reduce them.  A person's point balance on their driving transcript can impact their insurance rates and premiums and can result in the DMV suspending their license for rapid point accumulation.  Additionally, certain traffic related offenses require, upon conviction, the suspension of one's driver's  license.

There are several goals one may seek to achieve in defending a traffic offense that has been charged by a police officer.

These goals can be achieved through the plea bargaining process or by taking the matter to trial.  Whether to engage in a plea bargain or to contest the matter and proceed to trial requires a full analysis of the facts of the case and an understanding of the applicable law.

Click here to read about Virginia DMV Rapid Point Accumulation and associated consequences - these consequences are separate and independent from what the Court may impose.

These are all issues that an experienced traffic attorney can counsel you on in order to make the best decision for you.  Contact us today if you have been charged with a traffic related offense in Fairfax County or elsewhere in Northern Virginia!

Reckless Driving in Virginia is punishable as a Class 1 Misdemeanor, meaning if you are convicted you face up to 12 months in jail and/or a $2,500.00 fine.  In addition, the Court may suspend your license for up to 6 months.  If you lose your license for a period of time, you may be able to seek a restricted license.  However, if your license is suspended for Racing, you may not receive a restricted license.  Reckless Driving can be charged as a Class 6 Felony if you are driving recklessly when your license is suspended or revoked due to a moving violation and the act of reckless driving is the sole and proximate cause of the death of another.

Irrespective of the maximum speeds permitted by law, any person who drives a vehicle on any highway recklessly or at a speed or in a manner so as to endanger the life, limb, or property of any person shall be guilty of reckless driving - that is the Reckless General statute.

While speed may certainly be a factor, the posted speed limit may be immaterial.  For example, depending on the driving behavior it will not matter that you were going the speed limit if you were driving recklessly or in a way that endangered life, limb, or property.

By statute, a person charged with Reckless Driving General can be convicted of a statutory lesser offense known as Improper Driving.  Improper Driving is an Infraction and carries a maximum penalty of up to $500.00.  And, instead of 6 demerit points that would otherwise be assessed on your Virginia DMV record, you would only receive 3 points.

A person driving a motor vehicle shall stop such vehicle when approaching, from any direction, any school bus which is stopped on any highway, private road or school driveway for the purpose of taking on or discharging children, the elderly, or mentally or physically handicapped persons, and shall remain stopped until all the persons are clear of the highway, private road or school driveway and the bus is put in motion; any person violating the foregoing is guilty of reckless driving - that is the basic Reckless Driving Statute for Passing a School Bus

You do not need to stop for a bus under the statute on a divide highway that is separated by a physical barrier or unpaved area.

Code Section 46.2-1090 requires school buses to be equipped with warning signals - the flashing yellow and red lights.  However, that sections states: Failure of a warning device to function on any school bus shall not relieve any person operating a motor vehicle from his duty to stop as provided in [the Reckless Driving by Passing a School Bus statute].

There is a civil violation for passing a school bus which is far more a desirable outcome that being convicted of a misdemeanor.

Racing, a form of Reckless Driving

The statute states: Any person who engages in a race between two or more motor vehicles on the highways in the Commonwealth or on any driveway or premises of a church, school, recreational facility, or business property open to the public in the Commonwealth shall be guilty of reckless driving, unless authorized by the owner of the property or his agent.

When any person is convicted of reckless driving under this section, in addition to any other penalties provided by law the driver's license of such person shall be suspended by the court for a period of not less than six months nor more than two years.

Any person, although not engaged in a race as defined by the Racing statute set forth above, who aids or abets any such race, is guilty of a Class 1 misdemeanor.  Aiding and Abetting means helping, promoting, encouraging, inciting, or assisting.

Aggressive Driving, which is not the same as Reckless Driving

A person is guilty of aggressive driving if:

This offense is a Class 2 Misdemeanor unless you commit this offense with the intent to injure another person; if that is the case it is punishable as a Class 1 Misdemeanor.

There are two forms of Eluding - Misdemeanor Eluding and Felony Eluding.

A visible or audible signal is exactly what you think - blue lights and/or a siren.

If, while the officer follows the vehicle it seeks to stop, the vehicle continues to drive without stopping, that will satisfy the willful and wanton disregard element.  However, if a person is under duress or otherwise not able to stop the vehicle that would not be willful and wanton. It is an affirmative defense to the charge if you reasonably believe your were not being stopped by a legitimate police officer.

What's more, based on the language of the statute, if you immediately stop the vehicle your are driving but then run off on foot, that constitutes an Eluding.

Felony Eluding is punishable as a Class 6 Felony, meaning you could face up to 5 years confinement and/or a fine of up to $2,500.00.  Felony Eluding:

The endangered person could be the officer, any other motorist or person nearby, or the defendant himself.

If during the pursuit an officer is killed or injured as a direct and proximate cause of the pursuit, the felony offense is elevated to a Class 4 Felony, punishable by up to 10 years confinement but not less than 2 years.

A person convicted of Felony Eluding shall have his license revoked for one year.  For a Misdemeanor, the suspension shall be for not less than 30 days nor more than one year.  If the person eluding also traveled in excess of the speed limit by 20 miles per hour or more, the suspension shall be for at least 90 days.  If your license is suspended for an Eluding offense, you cannot be given a restricted license.

Cruiser Video - The reality of the world today, most every eluding event is captured on video.  This is particularly so in Fairfax County as most police agencies have cruiser video installed and many officers have body worn cameras.

If you are facing an Eluding charge, contact a seasoned Fairfax Criminal Defense Attorney.  Call George Freeman today to schedule a free consultation. 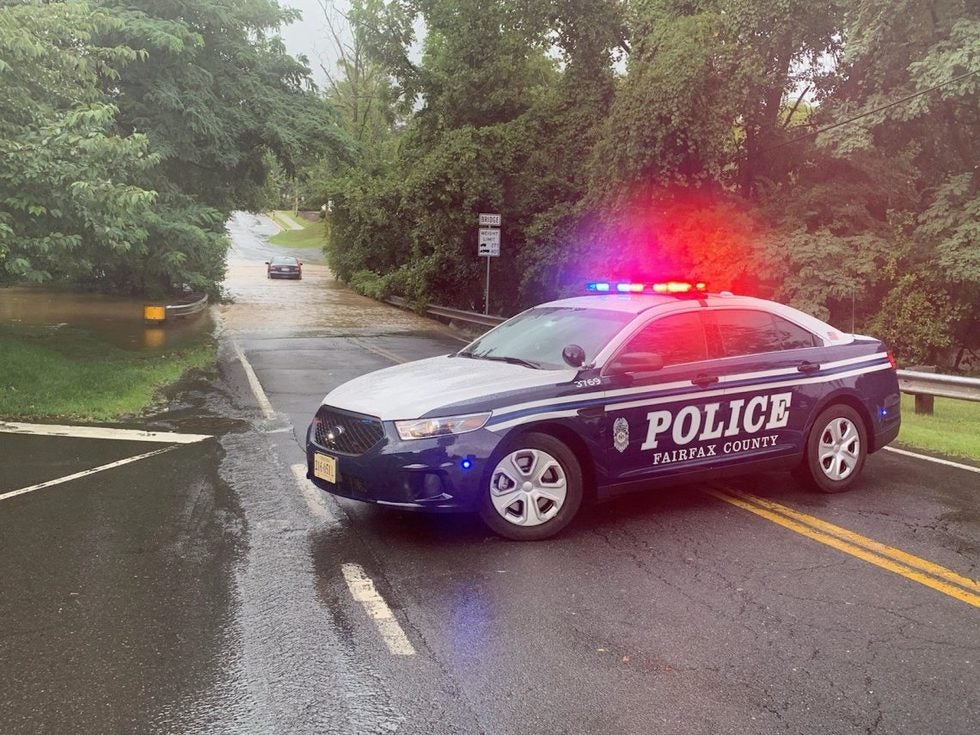